Would You Like A Robot To Serve You A Drink? | WOSU Radio

Would You Like A Robot To Serve You A Drink?

Cincinnati karaoke bar Tokyo Kitty and The Brooklyn Barge in New York City are beta testing high-tech ways to order and deliver drinks. For Tokyo Kitty, on Race near Fifth Street, your cocktail is delivered by a robot.

The robot, made by Bbot, doesn't have arms or legs. Instead, it is a tray the bartender loads with drinks that then travels through the bar's ceiling on a pulley system and is lowered to customers in karaoke rooms.

According to the CEO of Tokyo Kitty's parent company, Gorilla Cinema Presents Jacob Trevino, "We kind of get people who are amazed by it and then we also get people who think it's not robotic enough. I think people imagine robots as R2-D2 and C-3P0 -- actually moving around -- but if you know anything about people consuming alcohol they're not really reliable around those types of robots."

You can watch a video of how Bbot works.

For Patti Rollins, Debbie McKenery, Debi and Joe Lauver and Bob Weghorst it was perfect. They gathered for a birthday party and didn't want to leave their karaoke room to get drinks. "I'm really not tech savvy," says Joe Lauver. "You just put the order in on your phone and then the next thing you know a little robot comes down from the ceiling. You get your drinks, and you can even put your empties on there and it'll take 'em back."

Owner Trevino doesn't think every bar needs a robot, but sees the future as people ordering on their phones and then pick them up at the bar. 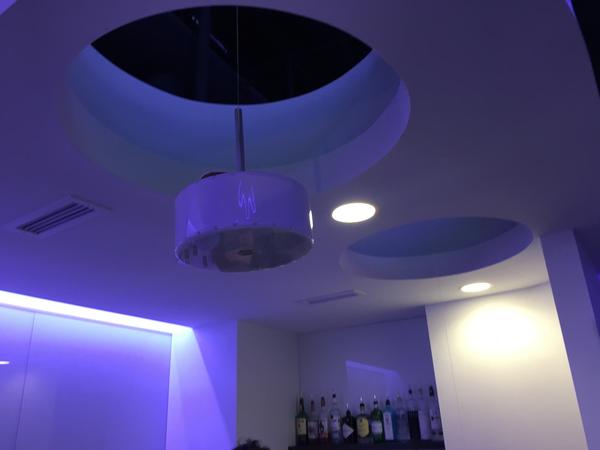 How "Lexi" Prevents Gender Violence In Bars Across Cincinnati

In 2016, reports surfaced of women being drugged at bars near local universities. Meanwhile, another bar was getting negative attention on social media for hiring bartenders with a history of sexual assault. To Maria Cole and Kendra Massey, that meant it was time to take a nationwide program and bring it local.

Procter & Gamble To Increase Use Of Robotics

Procter & Gamble says it plans to ramp up the number of robots it has to a total of 5,000 in the next five years. It now has 3,000, up from 1,000 in 2013. Managers say the reason for the robotic increase is due to advances in vision and gripping, as well as robots that can work alongside people.

Women Chefs Still Walk 'A Fine Line' In The Kitchen

Less than 7 percent of restaurants in the United States are led by female chefs.

This statistic from a 2014 Bloomberg study came as a huge surprise to Joanna James, a journalist-turned-filmmaker who is also the daughter of a female restaurateur. When she decided to make her first documentary feature film about her mother's journey as a chef, restaurant owner and single mother, she had no idea that her mother's struggles to establish herself in the restaurant industry were commonplace among women.