The View From Both Sides Of The Fence | WOSU Radio

The View From Both Sides Of The Fence

When early settlers came to Ohio around two hundred years ago, they cleared the vast forests  - they wanted open land - to build houses,  to grow crops, and raise livestock.

As more people arrived, it became common practice to leave a narrow strip of uncultivated land between you and your neighbor. These natural fence rows were a way to designate property boundaries and help keep livestock from wandering away.

With the advance of industrial farming methods in the 1970’s, the old practice of maintaining natural fence rows became a hot topic between conservationists and modern farmers.

One of the things that I have always loved about Ohio, is the countryside. The rolling hills dotted with farm fields, open pastures, and dense woodlands. 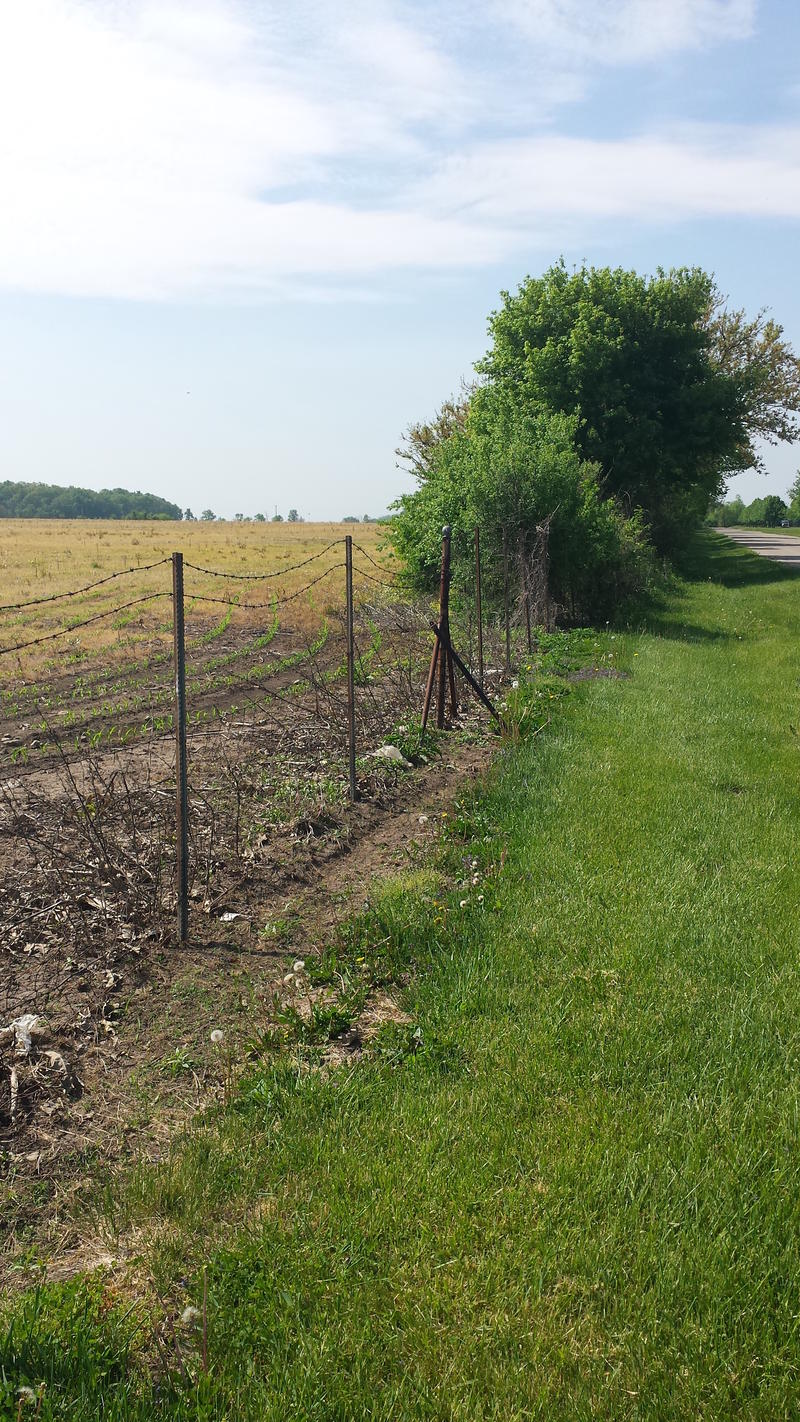 But Ohio is changing, and from my small farm in eastern Greene County, I have witnessed the landscape around me transform drastically just in the past three years. The natural fence rows and tree lines have been torn down, creating a wide-open, landscape for corn and soybeans.

I met with Mark Thordsen, a local farmer, one morning in a nearby coffee shop to try and understand the dramatic changes that are happening to the landscape around me. Mark’s family left Iowa to come to Green County in the 1920’s. He’s spent his whole life on the family farm.

“Many years ago, the farms were smaller. Smaller amounts of crop. A lot of the crops was fed back to the livestock on the farm,” Mark tells me, “ Very little grain was sold, as we now see grain being sold to the big elevators, which will go on to processors, or on to export.”

“We had used to raise a fair bit of livestock. A variety of livestock. We had cattle when my dad was still living. 15 or more years ago we ceased that. We had a lot of hogs, but about five years ago we kind of dismantled the hog operation, now we’re crop only.”

With the change in agriculture from diverse livestock operations to crop only, many Ohio farmers focused on corn and soybeans, and the pastures and hay fields that were divided by natural fence rows were no longer needed.

Bigger equipment meant larger fields could be farmed more easily.  Smaller farms who couldn’t compete got bought out and absorbed into larger ones, and the last remaining reason for farmers to maintain fencerows, as a boundary markers, fell away. 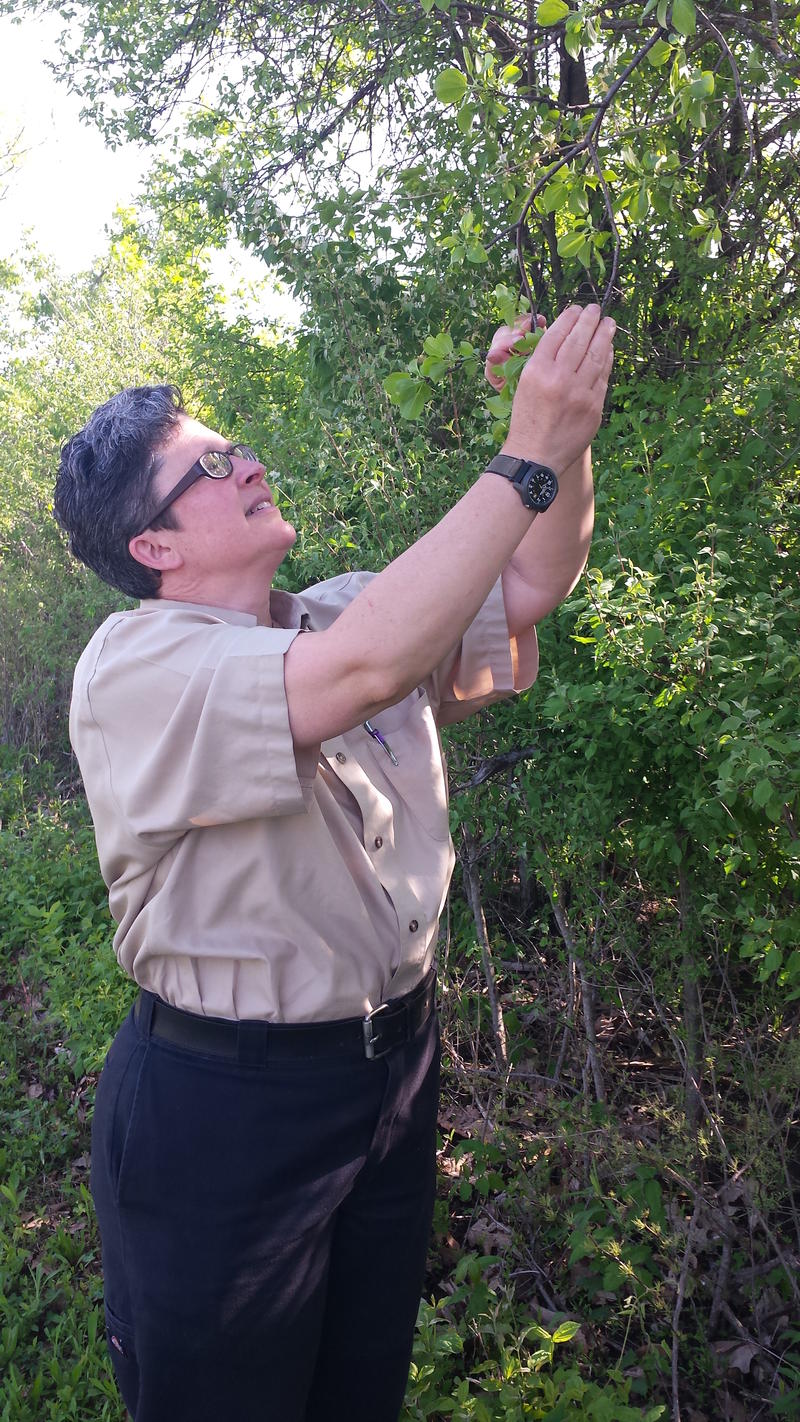 Mel Grovesnor, is a naturalist with the Greene County Parks and Trails. We’re standing along a fence row that divides the rural Twin Towers Park from the surrounding farm fields. She’s concerned that the removal of natural tree rows is impacting the local wildlife.

Mel says, “ For wildlife, if you’re in this area and there is not much else around, this is where you’re gonna find food, shelter and where you can easily travel without being detected. And so these are crucial places for wildlife.”

“One of the reasons I choose this park is in the past we have had bobwhite quail here, and that is a bird that is really dependent on fencerows. They are a bird species that’s been declining for many years in the state. So it’s a crucial environment for all sorts of species, but especially these birds that are in decline,” Mel explains, “We want to preserve them. We want that diversity. We’re losing it if we don’t keep these places around.”

But it’s not just the wildlife that’s being impacted by the removal of the natural ecosystems, Mel says that removing natural fence rows is especially problematic if water is involved.

“Oh, Sure! If it’s near a waterway, that is crucial,” Mel say’s “ Because if you’ve got a stream, and that’s kinda how the fence row naturally occured because it’s not an area you can farm, you need to have that buffer around the stream. Because that’s going to keep off any runoff. It’s going to get trapped in the root systems of those plants around there so you’re going to have cleaner water, which is healthier for the wildlife and healthier for people.”

“It’s also going to keep sedimentation out of the water, which is almost as bad as chemical runoff. That’s one of our biggest problems. So it’s a very important thing”, Mel explains, “ It’s gonna be better for the health of everyone around, really, not just the wildlife.”

But, the choice of growing fence rows has actually been taken away from many Ohioans. If you own property adjacent to agricultural fields in Ohio, maintaining a natural fence row can actually be illegal.

Ohio law requires owners on either side of a partition fence to clear a strip four feet wide along the length of the fence of brush, weeds, and any large trees that can shade a neighbor’s adjacent crops.

So, for better or for worse, the control of nature by humans continues to transform the Ohio landscape.

County Lines is made possible by a grant from Ohio Humanities.

The trade war that's already squeezing Ohio farmers is ratcheting up another notch.

In response to the Trump administration announcing $16 billion in new tariffs against China on Tuesday, Chinese trade officials on Wednesday promised to retaliate with their own tariffs.

Despite his backing of tariffs against China, Sen. Sherrod Brown (D-Ohio) is holding off his support of President Donald Trump’s plan to give struggling farmers $12 billion in aid.

Sen. Rob Portman (R-Ohio) says he would like to see an end to trade disputes with China, but says Trump’s decision to provide $12 billion in subsidies to American farmers might be a good short-term solution to trade shortfalls.

The Trump administration is coming to the aid of farmers hurt by its own hard-line trade policies, announcing Tuesday that it will make an estimated $12 billion in government assistance available, including direct payments to growers.

The money comes after farmers, especially soybean growers, have felt the brunt of retaliatory tariffs placed on agriculture by China and other nations that the Trump administration has penalized with tariffs on imports.