State of the Arts: What Does Pop Art Have to Do With Bald Eagle Conservation?

The work of Pop Art icon Andy Warhol can be found at several museums across Northeast Ohio, but the last place you might expect to see his bright silkscreen prints is the Cleveland Museum of Natural History.

On this week's State of the Arts, WKSU’s Mark Arehart takes a look at Warhol's "Endangered Species" series and how the museum helped to bring back one of the series’ subjects from the brink of extinction.

Andy Warhol is known for reimagining American icons like Marilyn Monroe or the Campbell’s Soup can. But he gave endangered or threatened animals the spotlight, too, from the African elephant to the Siberian tiger.

"So they really grab your attention. These aren't wallflowers, I mean they really pop," Chief Wildlife Officer Harvey Webster said.

The 10 vividly colored prints are all animals that were threatened or endangered when Warhol created them in 1983.

"Anyway that we can celebrate biological diversity and conservation, we want to use it. And art is a really powerful way to do that," Webster said.

The animals get the full Warhol treatment. They’re brightly colored with deep contrast, almost like psychedelic photo negatives. The artist only produced 150 sets in this series. 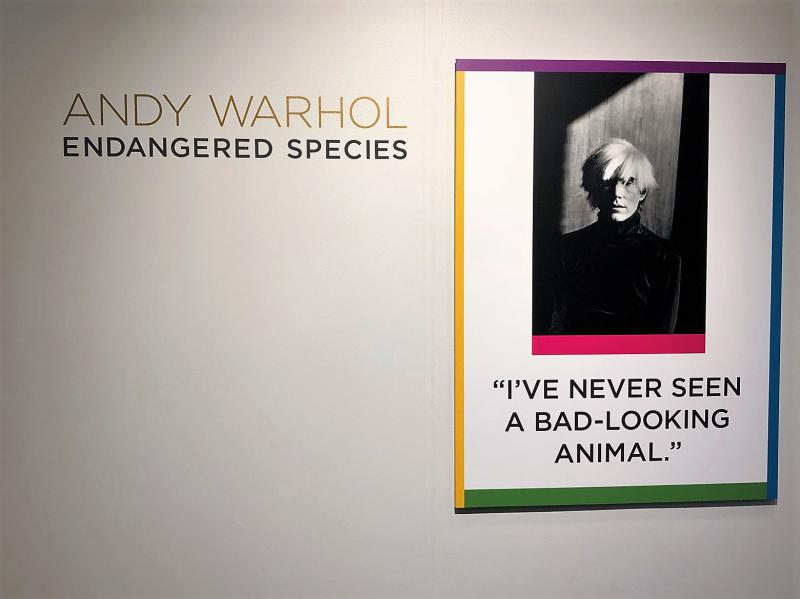 Due to light sensitivity the prints, which the Museum has owned since the '80s, are only displayed about once a decade.

While you might think Warhol’s work is more at home across the street at the Cleveland Museum of Art, Webster said the artwork fits in perfectly here because it highlights the Natural History Museum’s core tenet of protecting biological diversity.

"And that’s a great segue into this exhibit because basically that’s what Andy Warhol did in creating these extraordinary images was to sort of in his own inimitable, pop art style was to use the power of his fame and his reputation to bring attention to species that were endangered," Webster said.

While the Warhol prints feature the giant panda, Pine Barrens tree frog and even the San Francisco silverspot butterfly, the museum has a special relationship to one particular animal in the series: the bald eagle.

Outside the doors in the Museum's wildlife pavilion is the raptor center. With a quick whistle Webster introduces me to George the bald eagle. George, perched on a branch looking at us with a keen eye, whistles right back. 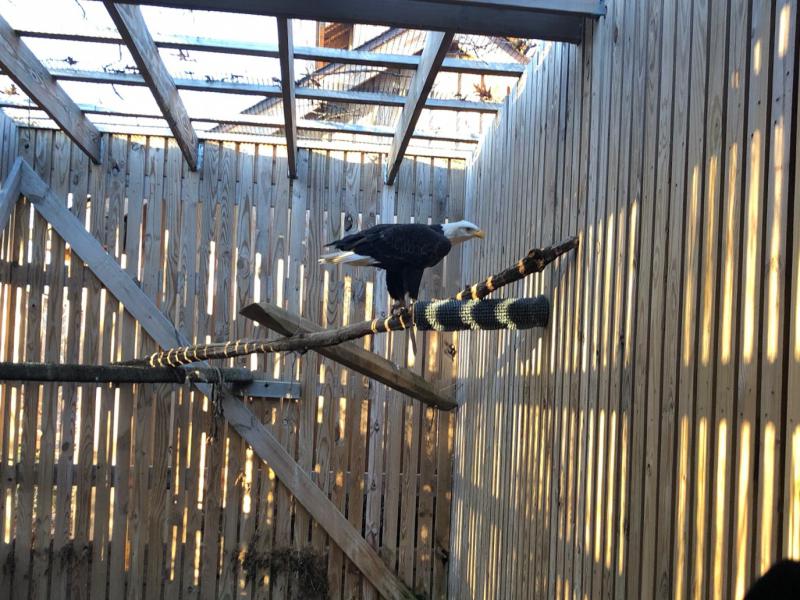 George is one of two bald eagles housed here and used in education programs.

Webster said if you look carefully you can find bald eagles like George throughout Northeast Ohio. But back in the ‘70s, years of wide use of pesticides like DDT nearly wiped out bald eagles across the country.

"And what it did is it either outright poisoned them or it robbed the females of the ability to put a good, thick eggshell on their eggs. And they would lay an egg and it would crumple beneath them."

By 1979 there were only four active eagle nests in the state.

Webster and his team at the museum have worked to save the species here in Ohio for decades.

"So we got in the business of trying to breed bald eagles in captivity with the idea of producing eaglets that could literally be put up for adoption in wild nests."

Through artificial insemination, they had their first eagle adoption success story in the early '80s and placed eaglets in local nests until 1999.

The bald eagle was taken off the endangered and threatened species list in 2007. 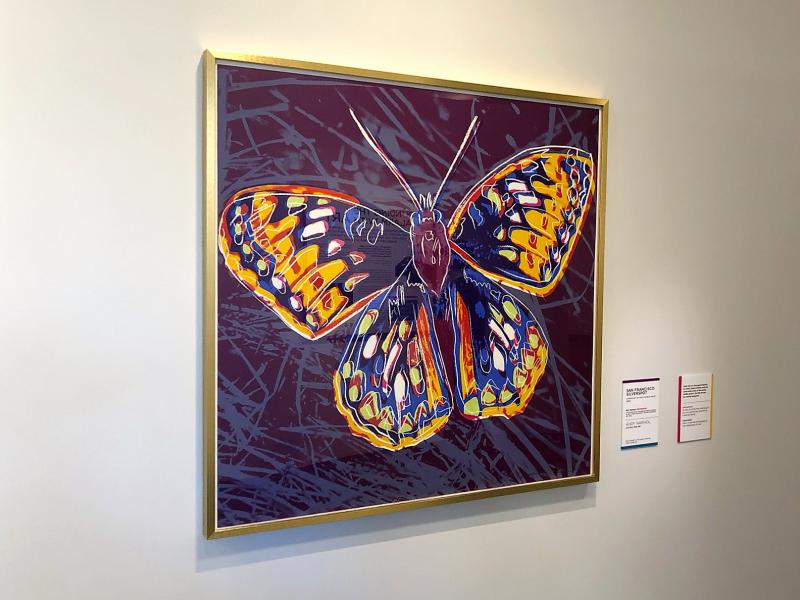 "There’s a small park in Eastlake Ohio, it’s nothing more than a ball diamond, and just beyond center field there’s a big nest and bald eagles are actively nesting there. There’s an elementary school in Lorain County, in Avon Lake, and towering right above the playground right about the school is an active bald eagle nest," Webster said.

"You can encounter eagles almost anywhere. We have eagles now nesting within the city limits of Cleveland on the Cuyahoga River."

Work Left to Do

Even though the bald eagle is a conservation success story, most of the other animals Warhol represented are still listed as endangered or threatened including the orangutan, the Grevy’s Zebra, several species of sea turtle and the Black rhinoceros.

And Webster thinks Warhol’s crusade to highlight these endangered species back in the ‘80s is just as important today.

"The idea that you would celebrate them in all their glory, with vibrant colors. Again, it just was a neat, new way of drawing attention to it. Appreciate the silk screen as art, but then be tapping into the message behind why he did it."

Andy Warhol’s "Endangered Species" series is on display at the Cleveland Museum of Natural History through March 3, 2019.

A new exhibit at Cleveland’s Museum of Contemporary Art explores the plight of the Great Lakes through several paintings from artist Alexis Rockman.

The Great Lakes Cycle started in 2013 after Rockman was approached by the Grand Rapids Art Museum. When asked by the museum director what his dream project might be, Rockman thought about the Great Lakes.

Every Wednesday several women staying at the Norma Herr shelter in downtown Cleveland walk a couple of blocks to the ArtCraft building on Superior Avenue. It is home to a number of art studios, including Across the Lines, which launched earlier this year to provide women struggling with homelessness a place of their own to create.

In a studio loft on the fifth floor, eight women sat around folding tables on a recent Wednesday afternoon. Each woman crafted her own piece of artwork.

Paulina Nieto, who grew up in Columbus, Indiana, was only 2 months old when she started to have heart problems due to a narrow artery.

When it comes to buying art, it can be difficult to know where to begin and seem like it's only for people with great wealth.

The Akron Art Museum wants to make the process simpler and point out affordable options for collecting art in Northeast Ohio.

“We of course want people to come to the museum and enjoy and be inspired by the artwork there, but we want to encourage people to experience what it is like to live with art in their homes,” said Ellen Rudolph, chief curator at the museum.