State of the Arts: The Thinker Bombing

It’s been a century since acclaimed French sculptor Auguste Rodin died. Museums around the world have a casting of his iconic work The Thinker, but the one at the Cleveland Museum of Art stands apart because of an act of violence that happened nearly 50 years after its creator's death.

Chief Curator Heather Lemonedes is standing in an airy gallery flanked by some of Rodin’s best known works.

“The Cleveland Museum and Rodin go way back,” she said. All the way back to 1917, in fact.

She is flanked by Rodin's romantic The Age of Bronze to one side and across the room sits a bust of the squinting, mustachioed French author Balzac. Rodin’s most recognizable work is probably The Thinker, the iconic figure of a man, chin resting on fist, stoically sitting atop a rock.

“The Thinker was a work that was given to us very, very early in our history by Ralph King, who gave it to the museum right around the time we were founded," Lemonedes said.

For decades, The Thinker sat undisturbed greeting visitors outside the museum’s South entrance in University Circle.

But early in the hours of March 24th, 1970, dynamite blew it off its pedestal.

“I’m not much for speculation. We’ve received no warnings, no notices, no phone calls and we simply don’t have the foggiest idea of who could have done it," Executive Director Sherman Lee told WEWS-TV the day after the bombing.

The blast caused catastrophic damage, turning The Thinker’s once perfectly sculpted feet into jagged strips of metal. In the months and years to come, speculation surfaced that it was likely carried out by a faction of the radical group The Weather Underground. 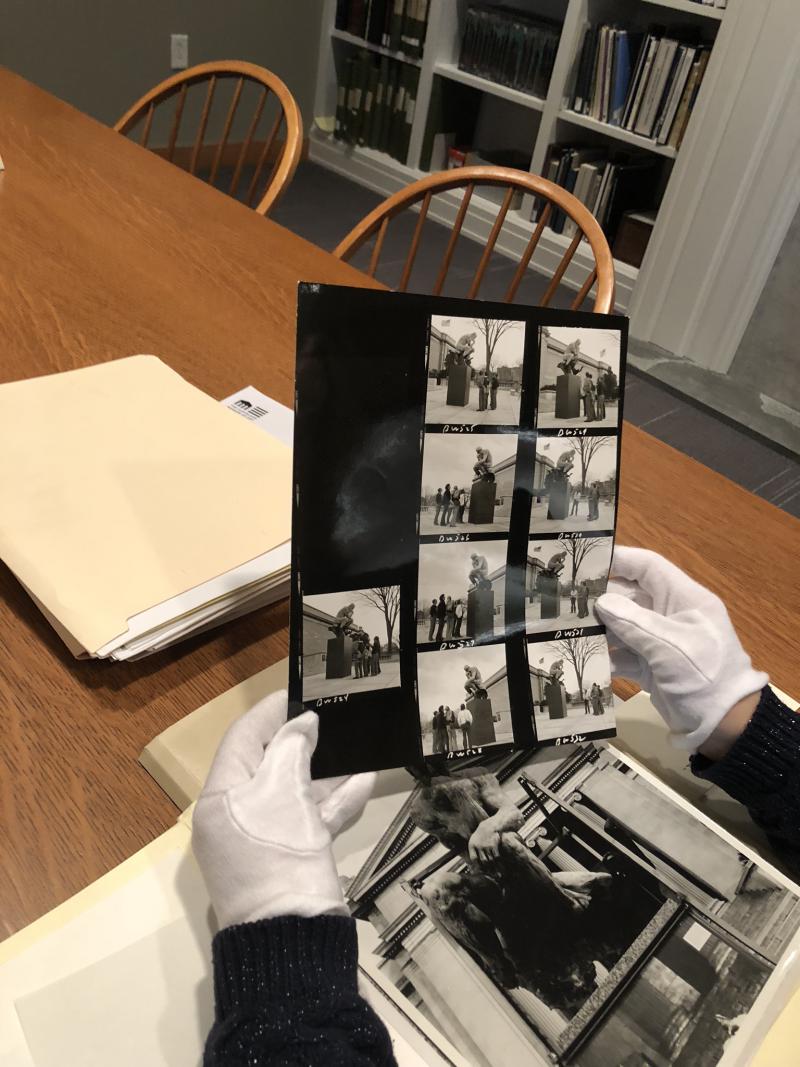 But according to the museum's director of archives, Leslie Cade, the bombing officially remains unsolved.

“[The bombers] wrote on the side of the pedestal four words: 'Off the Ruling Class.' And this was a fairly common phrase that dissidents used during the period," Cade said.

“I think if you’re looking at University Circle in 1970, at the time of the Rodin bombing, the previous three or four years had seen a rise of radicalism in the area," said John Grabowski, chief historian for the Western Reserve Historical Society.

The Vietnam War raged on and the wounds of the assassination of Martin Luther King Jr. and Bobby Kennedy were still fresh.

“I would say that bomb going off on campus wasn’t an unexpected thing given what was happening in the world and in the nation," Grabowski said.

And the city’s demographics were changing. Nearby East Cleveland was becoming more African American, while many in the mostly working class, white neighborhood of Little Italy felt disconnected from the surrounding area.

“The aftermath after the bombing is a question as to why someone would assault one of the crown jewels of the city of Cleveland, which is its museum of art." 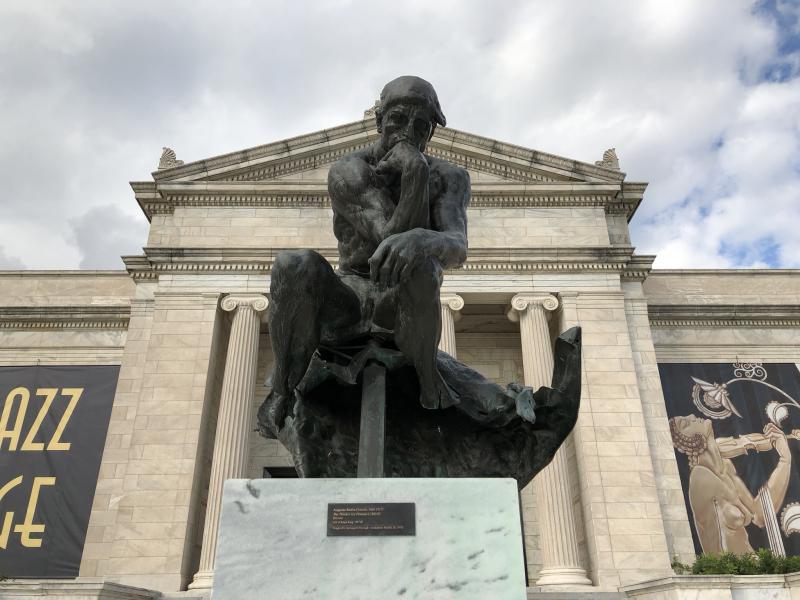 Grabowski said some saw the Cleveland Museum of Art as elitist and out of touch despite the museum’s free admission and its founding principle: “For the Benefit of All the People, Forever.”

But he said for the vast majority, The Thinker bombing was a too extreme.

“Certainly it was greeted by those people who knew and loved the circle with abhorrence. This was a step too far.”

Today, The Thinker still sits on its shredded metal base.

“It was a very deliberate decision not to attempt to repair the sculpture because the damage was so extensive," Chief Curator Lemonedes said. “Not just to the legs, but to other parts of the body. And the body became slightly warped because of the bomb.”

If you get close enough, you can actually peer into the massive fissure the blast opened up and see the sculpture’s inner workings.

“The life of a work of art is very long and this is the part of the work of art. I think to erase that or try to hide that in any way would be disingenuous somehow.”

The Cleveland Museum’s Thinker is one of the last cast under Rodin’s supervision. According to the museum, there are fewer than 10 in this select group.

However, the explosion nearly 50 years ago — during a time of turmoil — makes this Rodin truly one of a kind.

From a hashtag to a movement, #MeToo is generating conversations around the world.

Cleveland painter Laura Dumm decided to depict Venus, the goddess of love, as a #MeToo survivor. While she typically works collaboratively with her husband, Gary, on artwork critical of environmental and societal issues, it felt right to her to do this work independently.

The Akron Art museum has had quite a couple of months when it comes to financial gifts and memberships.

The John S. and James L. Knight Foundation awarded the museum $8 million, its largest gift to date, in September. That inspired the museum to offer free memberships to the community, according to CEO Mark Masuoka.

“It really was a way that we were trying to respond, not only equally as generous, but in a way that would really open up the museum even further than what it was,” he said.

The Cleveland Museum of Art has announced a new outreach program to help those in underrepresented communities gain experience in the museum field.

New Art Exhibit "Waiting for a Break" on Lake Erie

On the Great Lakes, boat and ship traffic is slowing down for the winter.  Meanwhile, in Cleveland, residents have a chance to watch Lake Erie change as ice builds up -- and breaks up – it’s part of an unusual public art exhibit called Waiting for a Break, by Ohio artist Julia Christiansen.

On a large screen downtown, 6 live video feeds show different spots along Lake Erie. One shows waves lapping over rocks, others show a remote island and a nearby bay.