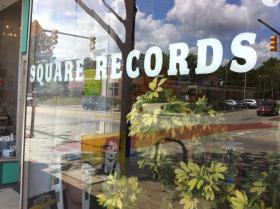 The region’s record stores are stocking their shelves for one big day this month. April 22 is Record Store Day, an annual event that gives a boost to independent vinyl shops across the country.

Vinyl sales increased for the 11th consecutive year in 2016. And Niesel says Record Store Day has helped fuel the surge.

Independent stores across the country stock their shelves with very limited quantities of exclusive releases from artists and bands. Some of them end up on sites like eBay, but Niesel says the idea is to get people to support their local shops.

And it's been working.

"You’ll see lines of people out the doors and stretching on to the sidewalks. Even the exchange stores that sell a combo of new and used titles are participating," Niesel says.

Most record stores in the region are taking part and post on their websites and Facebook pages lists of the titles they'll be getting. The shops include Square Records, Music Saves, Buzzbin, Blue Arrow Records, Loop in Tremont and My Mind's Eye.  A full list of participating stores can be found here.

Niesel says sometimes it can be a bit of a scavenger hunt, and sometimes you luck out.

“One year I just went to Music Saves looking for the R.E.M. EP, Chronic Town, on vinyl and they had it."

This year features a number of limited-edition re-issues celebrating David Bowie, The Smiths and Lou Reed.

Niesel says Record Store Day is also a boon for Cleveland's Gotta Groove Records, which he says has been taking orders going back to last year.

"When everything switched to CD, many of the vinyl pressing plants shut down. Gotta Groove is one of the only functioning plants in the country."

Niesel says Chicago-based Numero Group is taking some records and merchandise on the road, stopping in Cleveland. The label has reissued several albums by artists with ties to Ohio. The label's first release, Eccentric Soul, featured rare soul and R&B music that came out in the '70s on the Columbus-based Capsoul label.

The pop-up shop comes to Space: ROCK Gallery on April 16.

Twenty One Pilots Returning To Columbus With Hometown Tour

The pop duo Twenty One Pilots has come a long way since growing up in Columbus. Now the Grammy Award-winning act is bringing its accolades back home with three smaller shows that will use a lottery for access to tickets.

Adele broke her Grammy award in half Sunday night. It might have seemed like the careless act of someone with plenty to spare; the 28-year-old powerhouse vocalist has 15 of the music industry's most coveted statues, including the five just presented for her latest album, 25. She did so charmingly, with a characteristic big laugh, and apparently by accident, severing the statue's gramophone horn from its base as she nervously handled it.

11:00 Happy Record Store Day! Saturday marks the seventh annual celebration of vinyl by music geeks everywhere, and this year there's something to celebrate: sales of records were up 30% last year. This hour we'll talk about vinyl's comeback and the local record store's role in keeping the medium alive. Plus, we'll highlight a local artist with international appeal. Guests