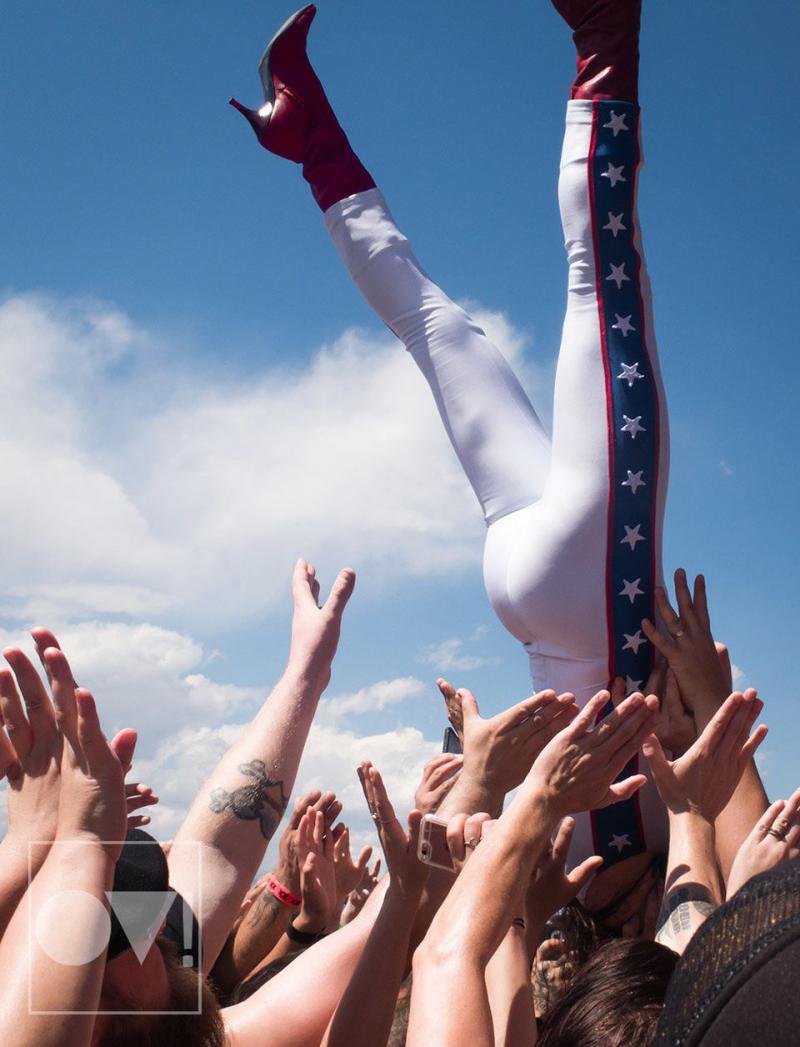 Concert photography has changed a lot in the era of smart phones and social media. But for Cleveland photographer Judie Vegh, it’s still an art form. For this week’s Shuffle, we see Northeast Ohio’s music scene through Vegh’s lens.

A 2014 reunion concert of Cleveland hip-hop group Bone Thugs-N-Harmony was the moment Judie Vegh realized concert photography was more than a hobby.

After several years of bringing a camera to concerts and getting as close to the stage as she could for a good picture, she got a press credential through the music blog Cellar Door Cleveland.

She captured a side stage photo of the group in white tuxedos, raising one hand in the air to a crowd with outstretched arms.

"When I get a photo like this and I capture this moment and you know exactly what’s happening in that photo and what it was like during the time that it was captured, that’s what I think is successful," Vegh says. 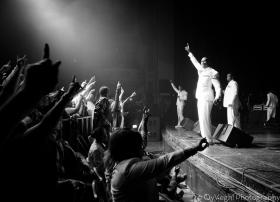 Vegh acknowledges that trying to make it as a concert photographer is difficult because there's so much competition. These days, anyone with a smart phone can capture a photo that goes viral on social media.

“There's so many  photos out there in this day and age. Everyone’s posting to Instagram and Twitter and Facebook. It’s about capturing that moment and what makes you stand out against everyone else," she says.

Vegh says there is an art to capturing that perfect photo. 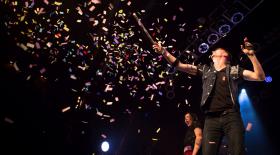 "There are some photographers who will just put their camera on continuous shooting mode and just take a thousand photos and pick the best three from that."

"I’m tracking the artist or musician during the show. And before the show I’m doing my research. What are they like on stage? What type of attitude do they have? What song do they react to the best when you only have three songs to choose from?"

Vegh's confidence got a huge boost this past year when actress and musician Juliette Lewis chose of her photos as the cover for her 2016 EP, Future Deep.

"I was going to Riot Fest in Denver and I was denied a press pass. But I brought my point-and-shoot, a Canon G-16. It's a small but mighty camera. "

Vegh says Lewis was wearing a skin tight Evil Knievel-like body suit and red stiletto boots. "She jumped off the stage and got into the audience and started crowd surfing. She dipped and was basically vertical with her legs splayed in the air. I knew the second I hit the shutter I got it. 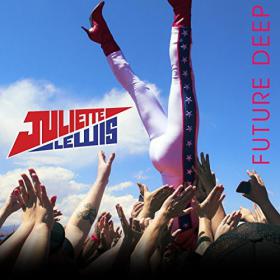 A week later Lewis saw it on Twitter and then I get this message from her saying she wanted it to be her album cover."

Vegh says she's continuing to build a portfolio and get her photos published. And she has big goals.

"The ultimate goal for me is that one day they will be published for bigger publications like Rolling Stone, Spin, Under the Radar or Paste. Right now they’re posted on smaller music blogs like Cellar Door Cleveland, Midwest Action! of Chicago and Bearded Gentlemen Music out of Salt Lake City.

But there is something to be said about having your photo be immortalized. One day I hope to be able to do that and when people look at a photo, say, ‘Oh, Judie Vegh took that; that’s a really famous photo.’

Or maybe have my photo in the Rock Hall, who knows!"

Vegh has an open house Saturday at her new studio in Lakewood, where she will display her work. She also plans to offer the space for photo shoots and mini concerts.

If you really want to experience Akron’s local music scene, you'll have to go to some unexpected places. For this week’s Shuffle, WKSU’s Amanda Rabinowitz talked about Akron’s vibrant do-it-yourself community with The Devil Strip’s music editor Brittany Nader and Max Adams of the emo hardcore band CityCop.

Akron's DIY scene has been growing over the last few years.

Punch Brothers is back in Northeast Ohio this week for the band’s fourth year as artist residents at Oberlin Conservatory. The group that mixes bluegrass, pop and classical is fronted by mandolin virtuoso and A Prairie Home Companion host, Chris Thile, and includes Oberlin College graduate Chris Eldridge on guitar. For this week’s Shuffle, Eldridge talks about the band’s ongoing residency.

A group of hip hop producers and artists has opened a recording studio in Elyria that doubles as a residency for up-and-coming musicians.