An Akron record label is celebrating Record Store Day this weekend by releasing a compilation album inspired by the Akron Sound.

Ben Patrick and his garage rock band The Dreemers started Akron Recording Company last year as a way to unify the music scene. He, along with friend and producer Nate Bucher of See Creatures, are big fans of the Akron Sound made popular by 1970s bands like Devo and the Rubber City Rebels.

They got 16 Northeast Ohio artists to contribute tracks for the compilation "Where The Hell is Akron Ohio?" to highlight the new Akron sound.

“Meeting and connecting with people through music is what brings me joy," Patrick says. "I think Akron has a great vibe and great sound and there’s so much talent that we need to highlight that.” 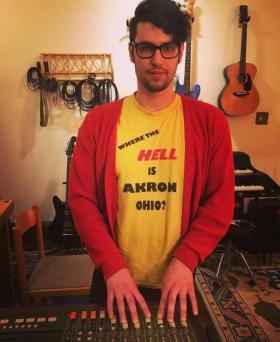 Inspiration from a t-shirt

Patrick says the album’s title came from a T-shirt he found at Village Discount Outlet when he was 12.

Patrick says he's never been able to find the slogan's origin, but he think it speaks for the city's hard-working music scene.

“If nobody knows Akron aside from The Black Keys and LeBron James, let’s put Akron on the map.”

The compilation showcases a variety of sounds, from math-metal rockers Actual Form and hip hop artists Floco Torres and Pablo, to surf rockers The Beyonderers.

The Liverpool of the United States

Producer Nate Bucher says he wants to make the Akron Sound relevant again. “Akron was at one time considered the Liverpool of the United States,” Bucher says. “Let's revive that magic and try to create a 21st Century version that's unified and community-based.”

The album will be released Saturday, on all streaming services and on CD and cassette at Square Records, Hollow Bone and Time Traveler.

Patrick hopes to releases more volumes, perhaps the next one this fall or winter. 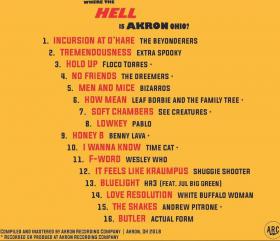