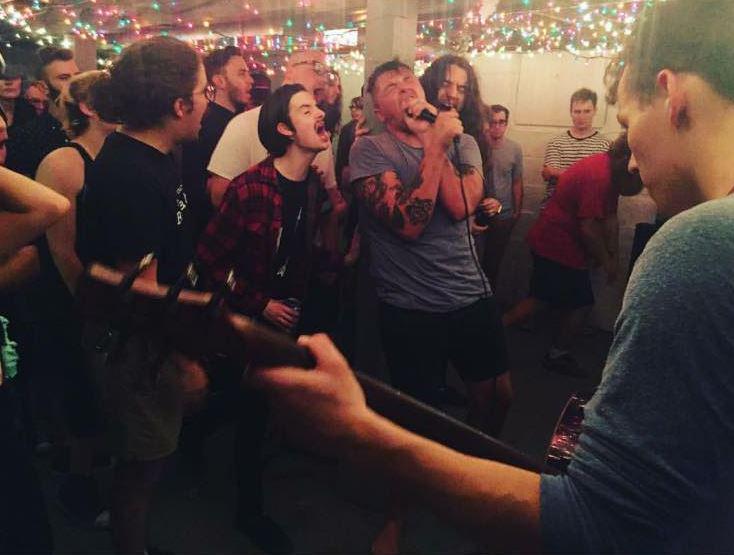 If you really want to experience Akron’s local music scene, you'll have to go to some unexpected places. For this week’s Shuffle, WKSU’s Amanda Rabinowitz talked about Akron’s vibrant do-it-yourself community with The Devil Strip’s music editor Brittany Nader and Max Adams of the emo hardcore band CityCop.

Akron's DIY scene has been growing over the last few years.

"We have some house show venues in the area and other spaces that are the hubs for this whole community of musicians and other artists," Brittany Nader says.

Bands and artists perform on stages inside homes and vacant buildings that are converted into makeshift venues. The shows are usually free and underground.

Max Adams, 24, of the band CityCop has grown Akron's DIY scene through social media. He moved to Akron from Ashtabula just to be close to one of Ohio's most popular DIY venues - It's A Kling Thing! house.

“We were really good friends with the founders of Kling after playing a show there when we were 17. They helped us start learning how to book house shows at our house," Adams says.

Then, Adams and his band mate, Eddie Gancos, wanted to follow the lead of other cities like Chicago that had established DIY scenes.

"People go on the [Facebook] page to promote shows; bands will ask for shows and try to find help or places to stay. Slowly we got more people involved, like Hive Mind and later on, The Overlook."

Adams says the Akron DIY shows Facebook page has grown to around 1,900 members. “It’s not that common for such a small city to have so many bands. I can’t even keep up," he says. 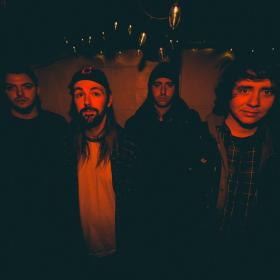 Being in a DIY band

Over the summer, CityCop released it's second full-length album, The Same Stories That Never Get Old. And, in true DIY spirit, they took more than two years to finish.

"We wrote these songs in our tiny little basement, just hunched up against our washer and dryer. We could barely fit the four of us."

Then, they hit a snag when a deal with their record label fell through.

“We looked to one of our friends, Nick Muffet, who started a local label called Small Mammal Records. He took on the financial responsibly, paid for the vinyls and promoted it."

"The music is just a way for us to play the shows. That’s what it’s all about it. It’s just performing and having a good time.”

'Inside Out' Brings Art Outdoors In Akron

The Akron Art Museum exhibit, Inside Out, on view now through October features 40 pieces of artwork installed outside, in an effort to bring visitors inside the museum.

The pieces on display are from the museum’s permanent collection of two-dimensional art.

Art can be found in the neighborhoods of Ellet, Middlebury, West Akron & Sherbondy Hill, and Copley Township.

Could Akron's Next Sound be a Fusion with Nepal?

The look of Akron’s North Hill has changed significantly since Bhutanese refugees began arriving here a decade ago. But the sound has changed even more. In a week-long collaboration with the Huffington Post, WKSU’s M.L. Schultze reports that it’s in the music that the blending of two cultures could be most noticeable.

A performance tonight at one of Akron’s underground venues blends experimental music and visual art.

For this week’s Shuffle, The Devil Strip magazine’s music editor Brittany Nader says the show is organized by Hive Mind, which is one of Akron’s do-it-yourself spaces that showcases independent artists.

An Akron band that mixes business with its psychadelic prog rock is getting ready to release a new album next month.