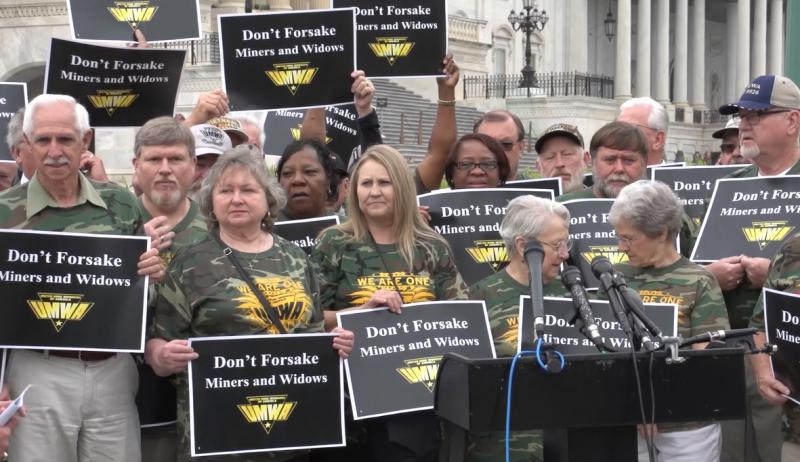 About 22,000 coal miners around the country will lose their retirement benefits if Congress does not pass a spending package by this Friday. Ohio's senators are working on a more permanent solution.

The Continuing Resolution that runs out this Friday includes an extension of miners' health insurance and pensions that was passed last December by Congress.

Democratic Sen. Sherrod Brown was co-sponsoring the Miners Protection Act back then, and he reintroduced it in January with support from fellow Ohio Senator, Republican Rob Portman, as well as both of West Virginia's senators. Brown says a lack of insurance would be detrimental to both patients and hospitals.

“They’re going to wait to go until they’re really, really sick. The hospital will provide an emergency room treatment – which will cost a whole lot more money and be a lot harder on that patient – and they won’t get the revenues from the insurance. So it’s the same as why we don’t want to repeal the Affordable Care Act.”

Brown has said Senate Republicans have assured him that any new spending package would include protection for the retired coal miners’ benefits.

“Miners have received healthcare cancellation notices every three or four months, saying, ‘your insurance is going to run out.’ Why do people who have government health insurance – members of the House and Senate; taxpayer-financed insurance -- what business do they have taking away insurance of miners? It’s a disgrace.”

Without congressional intervention, about 16,000 retired miners in seven states will lose their health care coverage by the end of the year.

A proposal to temporarily extend the benefits is working its way through Congress. But two Senate Democrats, who are advocates for a more comprehensive plan, say the temporary provision isn't enough.

They are threatening to hold up a spending bill that needs to pass by Friday night to keep the government running.

Doctor Who Crusaded For Coal Miners' Health Dies At 87

The nation's coal miners have lost an advocate — a pulmonologist who helped create a national movement in the 1960's that focused national attention on the deadly coal miners' disease known as black lung.

Dr. Donald Rasmussen died July 23 at age 87 in Beckley, W.V., where he spent close to 50 years assessing, studying and treating coal miners — more than 40,000 of them, by his account. His work documenting the occurrence of black lung helped trigger a statewide miners strike in West Virginia in 1969.

More than 22,000 retired coal miners could lose their health care and pension soon unless Congress takes action. The loss would be devastating for families and the towns they live in. Reporter Margaret J. Krauss of Keystone Crossroads reports.