In a warehouse, in Johnstown, about 20 miles northeast of Columbus, employees of Apeks Supercritical manufacture extraction machines that  can be used to take oils out of plants such as lavender or eucalyptus. 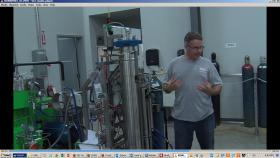 But Andy Joseph, the president and owner of the five year old company, says there’s another plant that’s become popular in recent years – medical marijuana. And as Ohio moves forward with its medical marijuana program, Joseph is focused on growing his business.

“We really have two opportunities. One is going to be to continue to sell the equipment that we manufacture that does the botanical oil extractions. We also see the opportunity to now become a processor.  And the processor side means we are basically going to take the cultivated material from different cultivation facilities and then turn that into extracted oil products that can ultimately be wholesale or be turned into end products like the oils, the tinctures, the balms, the lotions, the different infused products.”

Joseph has 26 employees right now. They are making the machines there but he has a couple of employees out in Denver, where marijuana is legal for personal and medical use, selling and servicing the equipment. But the Ohio State University engineering graduate hopes to expand his business as Ohio implements its medical marijuana program.

“The big picture goal is to create the Johnstown Medical Marijuana campus.”

Joseph says the idea of a business campus is not unique but a central location for the medical marijuana industry would be unique. He says putting businesses that cultivate, develop, and process medical marijuana together in one place makes dollars and cents but also makes sense when it comes to security. 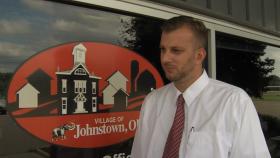 “I believe we are the first community to do this in Ohio. I’ve looked at other communities across the United States that have been the first to adopt such an approach and they’ve been very successful in their economic development strategy to embrace medical marijuana, control it, regulate it the way they want it to be and reap the benefits of that.” 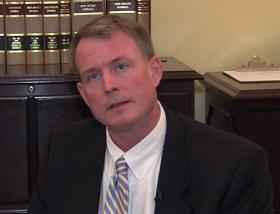 “I think right now the biggest challenge they are facing is uncertainty. You know when you are talking about laying out your business plans, you want to plan around something that is concrete, that you know is going to be there and right now we are in this very fluid area where we know rules are going to be made through next year. And I’m telling them to get your pieces in place but to be sure they are scalable, that you understand the nature of this, don’t lock yourself into a real estate transaction that may have to shift later on.”

There’s no doubt a lot can happen in a year and a half. But someday, Joseph is hoping the field outside Apeks Supercritical will turn out to be the field of his dreams.

Ohio lawmakers have sent a bill to Governor Kasich that would make Ohio the 25th state to legalize medical marijuana. Even if signed into law though, there are many questions about who the bill would impact and how.

Part of Ohio's new medical marijuana law that sets aside a piece of the state's budding pot business for minorities appears to be unconstitutional.