With Help of Small and Medium-Sized Counties Around the State, Trump Trounces Clinton in Ohio 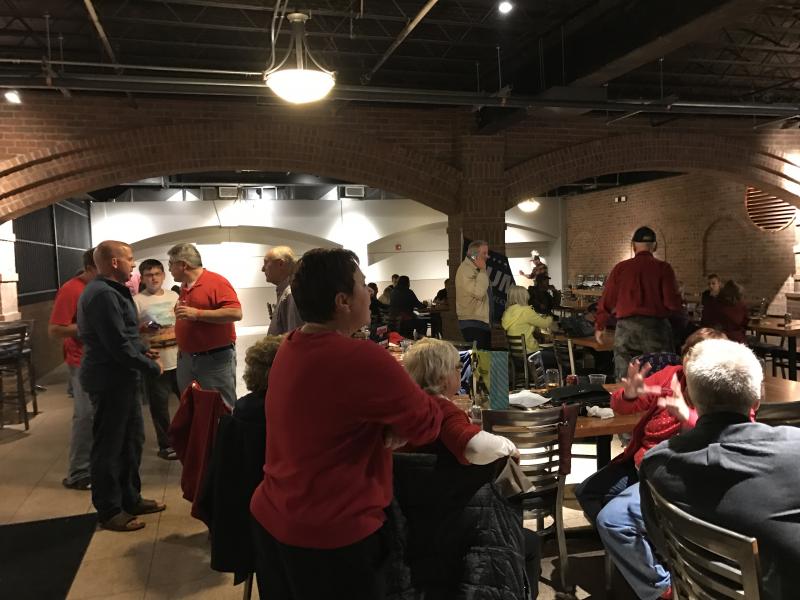 For months, polls showed Donald Trump’s best chance at a swing state was in Ohio. And the Republican easily took the state – well beyond what polls had predicted.

The pattern that first showed up in the GOP primary in March held and expanded for Trump in Ohio. He was especially strong in the blue-collar counties along Ohio’s border including some, like Trumbull, that have traditionally voted Democratic.

Stark County, which has often been a bellwether county in Ohio, also went strongly for Trump -- a result that raised a lot of cheers at the watch party in the basement of the Canton Brewery.

George Simmonds, a 36 year old who works in real estate, says Trump’s priorities are what attracted him.

“He seems to be all about American people, American businesses. … Just isn’t interested in outside countries and outside affairs. He wants to help our country vs. other people’s countries.”

For those at a Clinton watch party a few blocks away, the concern was that isolation will ultimately weaken America.

Trump voters at the polls

Ohioans in pre-election polls repeatedly said what they liked about Donald Trump is that he’s not a politician. They proved just how much in Tuesday’s election results. For Ohio Public Radio, WKSU’s M.L. Schultze has more.

Trump easily won all but the largest urban cores of the state, and cut deeply into Democratic edges in traditional blue-collar counties like Mahoning and Stark.

Among those who voted for Trump was James Hendrix, a mason contractor from Stark who says government needs to be smaller and more focused. He said was confident Trump would be a good president with

“A good cabinet around him, a lot of the people he beat in the primary like John Kasich, I think he’s a great man. (Gen. David ) Petraeus, bring him back for a defense advisor.”

Trump won more than 50 percent of Ohio’s vote, while Hillary  Clinton got only about 43 percent. The rest went to third party and write-in candidates.

See how every state is voting in one spot with the Presidential Big Board. Results will be updated automatically as polls in each state close.

Take a look at how Ohio is voting county-by-county as the votes are announced.