Tuesday, Sept. 25  is National Voter Registration Day. Some groups are working hard to encourage voters to register and cast ballots in the midterm election this November. But midterms are not always a big draw. Professor Dave Cohen, assistant director of the Bliss Institute of Applied Politics at the University of Akron, talks about how this year is shaping up.

Listen
Listening...
/
Prof. Dave Cohen talks about some of the issues that may draw voters to the polls this November. 5:08

In the 2014 midterm election 40 percent of registered voters actually cast ballots. Democrats seem more motivated this season after losing both the White House and control of the Senate in 2016. So far, University of Akron political scientist Dave Cohen is seeing what he'd expect to this time of year.

"I think it's pretty much going by the playbook that you see in every midterm election," Cohen says. "After Labor Day the heat gets turned up a little bit, and you see proxies for the campaigns, the heavy hitters, come out for each side. In Ohio, we just recently had Barack Obama visit Cleveland and Donald Trump recently visited with Republicans at the state dinner."  Cohen thinks we'll see more of that between now and election day. "It won't just be presidents or past presidents but icons of each party."

Cohen says these types of events are intended to get people's attention and make them aware there is an election coming up and the stakes are high. "These high profile events are designed to remind voters to get out and go vote, even to register to vote in many cases, or to send in your absentee ballot application."

Many of those who attended the Obama rally in East Cleveland, are well aware of the stakes this year and the need to encourage people to vote. Here are a few comments captured by reporter Kabir Bhatia:

"We have to be authentic and we have to speak for what we believe."  Linda, Columbus 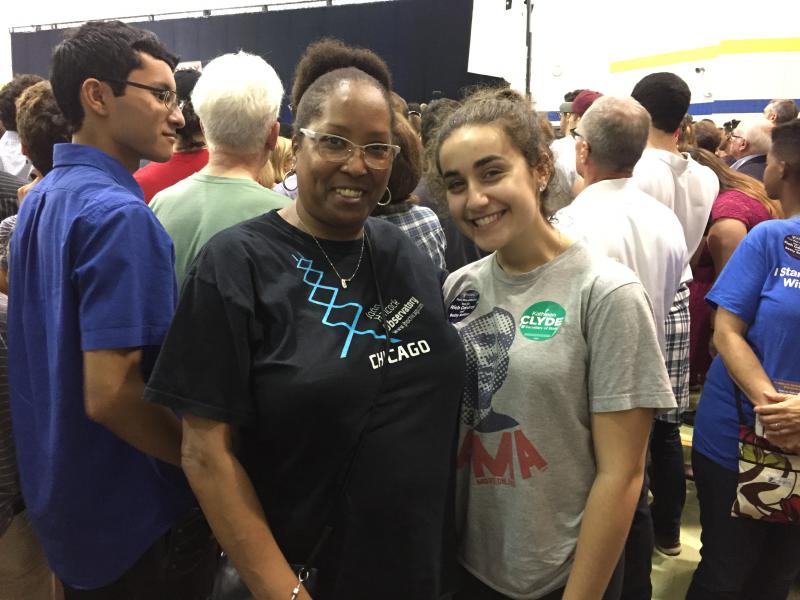 "We need to come out in droves and vote like we did back in the Obama election, and I didn't see that in the 2016 election."  Renee Stapleton, South Euclid

"This year we have so much excitement and enthusiasm and drive to make a change." Gail Horwitz, Cleveland

"I think it's stacked against us but we gotta try." Robin Zoss, Solon

Cohen says enthusiasm is high this year among Democratic voters. "Every midterm election is a referendum on the person that is in the White House, and Donald Trump  is very unpopular among Democrats and he's rather unpopular among most Americans in general so that's a real motivating factor." Cohen also notes Congress is not very popular with just 18 percent approval among most Americans.

While those are motivating factors for Democrats, Cohen also says there's a certain amount of distrust as well because of the outcome of the 2016 presidential contest. "They say, well Hillary Clinton got the most votes, she won the popular vote and yet she's not president, so there's a mindset among some Democrats that the game is rigged like Donald Trump likes to say."

Cohen says healthcare and the economy remain priorities for voters, but there are others this year that have leapt to the top. "Guns is a big issue this year, to the point where it's more on the minds of voters in the top three or four whereas in past elections it really hasn't been." Cohen says immigration is also appearing as a priority this year more so than in the past. "I think that is the doing obviously of Donald Trump and his administration and his policies making immigration a central part of his platform."

Cohen also says Trump himself will be a deciding factor for people going to the polls.

Listen
Listening...
/
Web Extra: Dave Cohen on the Possibility of a Blue Wave

To register to vote online visit the Ohio Secretary of State website.