The Tri-State has a new tool to help pets and their owners during a disaster.

Thanks to a donated trailer from the American Kennel Club, the Tri-State County Animal Response Team (CART) can house nearly 100 pets during an emergency like after flooding or tornadoes.

"This will make it easier for us to co-setup a temporary animal shelter with other groups like ours in Indiana, Kentucky and Ohio," she says.

Morrison says the trailer allows the organization to go throughout Ohio and across the United States, if necessary.

The trailer means the group's 87 FEMA-certified volunteers may also start responding to disasters anywhere in Ohio, she adds. The group has historically served a 31-county region in Southwest Ohio, Northern Kentucky, and Southeast Indiana.

"We just want the public to know, if they tell you to evacuate, do so, and know that you have a safe place to take your pets," Morrison says.

The group will also shelter farm animals and other large animals. 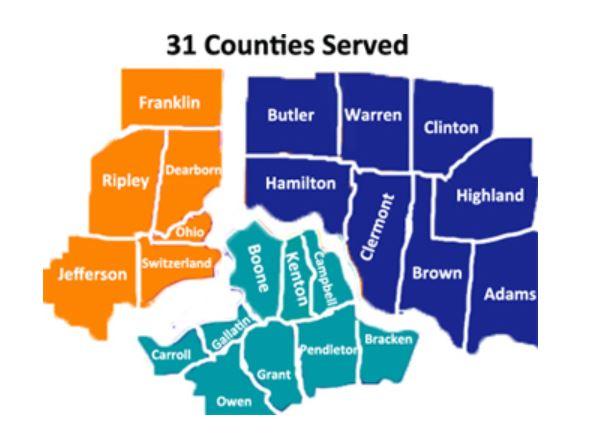 Just in time to escape the coming hurricane, a plane full of potential pets is set to arrive in Columbus from south Florida on Friday evening.

Across the U.S., a growing number of rural communities are facing a growing veterinarian shortage, that is expected to worsen in coming years. These regions are in need of veterinarians that specialize in livestock animals and public practice.

In Ohio, Most No-Pet Policies Can't Apply to Tenants with Animal Assistants

The difference between an animal assistant and a pet is an increasing concern for landlords in Ohio and the rest of the country. It was a big part of the discussion of fair-housing law at a conference of hundreds of landlords in Akron this past weekend.