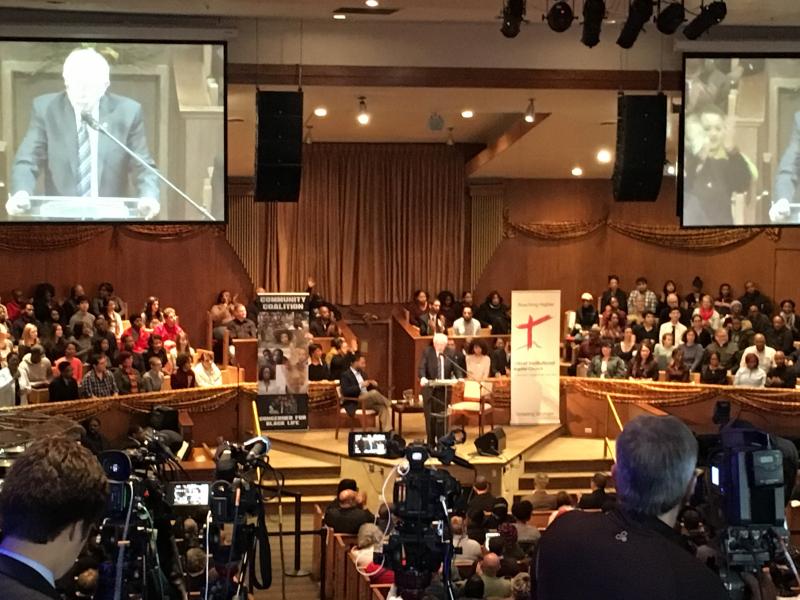 The Democratic candidates seeking their party’s nomination for president are reaching out to black voters in Cleveland.

This past weekend, the Vermont senator participated in a question-and-answer session before a packed house at Olivet Institutional Baptist Church on the east side. He spoke about subjects ranging from his work in the 1960s fighting housing discrimination in Chicago, to calling for automatic Department of Justice investigations whenever someone is killed by police. Activist and Princeton Professor Emeritus Cornel West was among those attending, and he says Sanders just needs to continue to stay on-message.

“Keep doing what he did today: Tell the truth; let folk know who he is. And draw the distinction between [himself] and the Wall Street corporate feminist named Hillary Clinton who’s tied to big money. He’s the real thing.”

“If you don’t pay your taxes, somehow the government can find you. So I think if you’re over 18, we can know who you are: you’re automatically registered to vote.”

Sanders also spoke about Hillary Clinton -- who will be at Olivet Baptist this Saturday – by saying they are friends who have worked together in the past. Earlier in the day, Sanders briefly spoke at his campaign headquarters near Playhouse Square, where he accepted an endorsement from the National Association of Social Security Workers.  A Quinnipiac poll last month showed Sanders is trailing Clinton among black voters in Ohio, 3-to-1.