Bengals To Play At London's Wembley Stadium In 2016 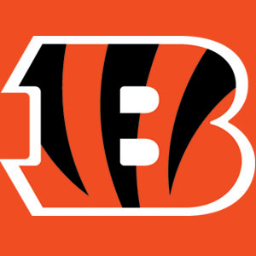 The Cincinnati Bengals are heading to jolly old England next year. The team will 'host' Washington at Wembley Stadium on Oct. 30, 2016.

The match-up is part of the NFL's International Series. Since 2007, 21 teams have played games in London. According to a statement, the Week 8 game will air live on Fox Network affiliates.

Head coach Marvin Lewis says he excited about the opportunity.

"We’re proud to show off the NFL game," Lewis says. "And we always look for ways to keep a long season fresh and exciting for players. I know our players will respond well to this opportunity."

In the same release, Cincinnati USA Convention and Visitors Bureau President Dan Lincoln calls the game an "incredible opportunity" for the city.

"We're working to attract meetings, conventions, events and visitors from all over the world," Lincoln says "This puts Cincinnati front and center on the world stage, and we'll have a chance to give meeting planners and business leaders a glimpse into the amazing convention environment and visitor experience we can offer here."

An April 2014 deal between the Bengals and Hamilton County paved the way for Wednesday's announcement. As WVXU reported, in an exchange for the team waiving height restrictions on the GE building at the Banks (which led to GE's decision to locate its Global Operations headquarters here), Hamilton County Commissioners agreed to allowing the Bengals to play two regular season home games during a five year span outside the United States as part of the NFL's international program.