Akron Looks for a Police Force that Reflects the City 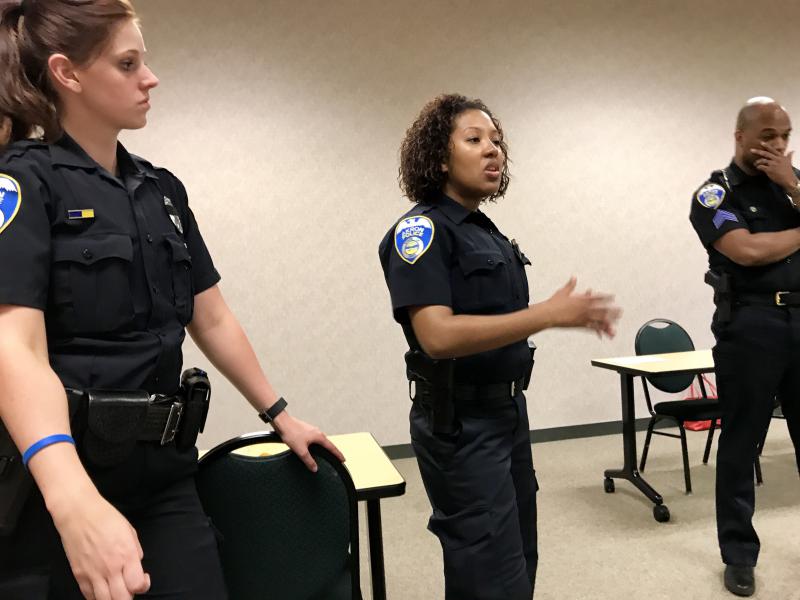 Akron is wrapping up another police recruiting drive amidst the pressure of retirements and a national distrust separating police and some communities.

On a Wednesday afternoon, about 20 people who are considering applying to become Akron police officers show up for an information session.

The instructor positions himself on the floor: “Situps are a little more difficult..."

Demonstrating the physical fitness has been part of the police test has been part these kinds of sessions for decades. But at this one, as much time is devoted to questions like this this:

“I don’t know if you had intentions of being a police officer but how has that affected you personally, your family and spiritually?”

Last fall, the U.S. Justice Department published a report on the findings of a task force on advancing diversity in law enforcement. It calls diversity a “critically important tool to build trust with communities” – and lists benefits ranging from defusing tension to solving crimes and protecting officer safety.

"I think it’s important that we have as many different views and outlooks on the job as possible.”

He’s a soft-spoken sergeant with a reserved but warm smile – one of the three African Americans and the head of a recruiting team of four – which also includes two women. The message they deliver is simple:

"What we tell people is they can be a part of what they want to build the police department into.”

Strain nationally has an impact locally

Murphy’s crew acknowledges there are reservations, especially in the African-American community. The old-timer in the group – 23-year-veteran Mike Gould Sr. – talks about it in his recruiting video and says it’s nothing new.

“You had the situation with Rodney King, LA riots and all this kind of thing. And just being honest with him say, man, I don’t want to be the police.”

But he did become “the police” and he’s glad, and he’s advocating for the choice to a new generation of officers.

The new faces of the department

About half of the people at last week’s recruiting session are African-American; a third are women. Most are young, though a few are into their 30s – almost middle-aged in traditional police terms. 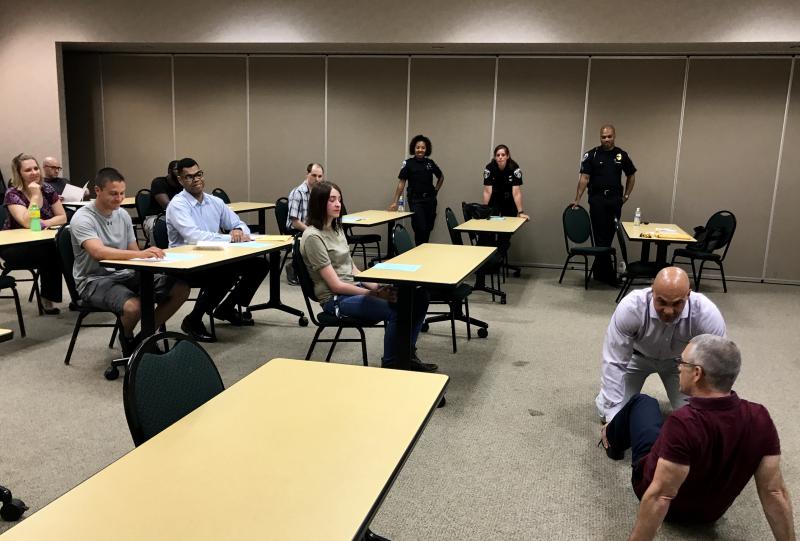 And after written tests, background and polygraph checks, an interview with the chief, and months of training, some will join the recruiting class that will supply the Akron department for the next two years.

To find them, the city has recruited at barbershops and restaurants, as well as college campuses and job centers. And through social media.

The department recruiting video includes drone footage of chases – balanced by images of kids with ice cream cones perched on the trunk of a cruiser. The flashing messages: “We teach,” “We serve” “We help.”

Williams and Amita Claytor were sworn in three years ago – two of the three women in a class of nine. Both say having women on the force adds an important perspective.

“Men and women are wired differently. We have the same training but we’re going to have a different approach often. And I think it really means something to have more women on the force.

A broader look at diversity 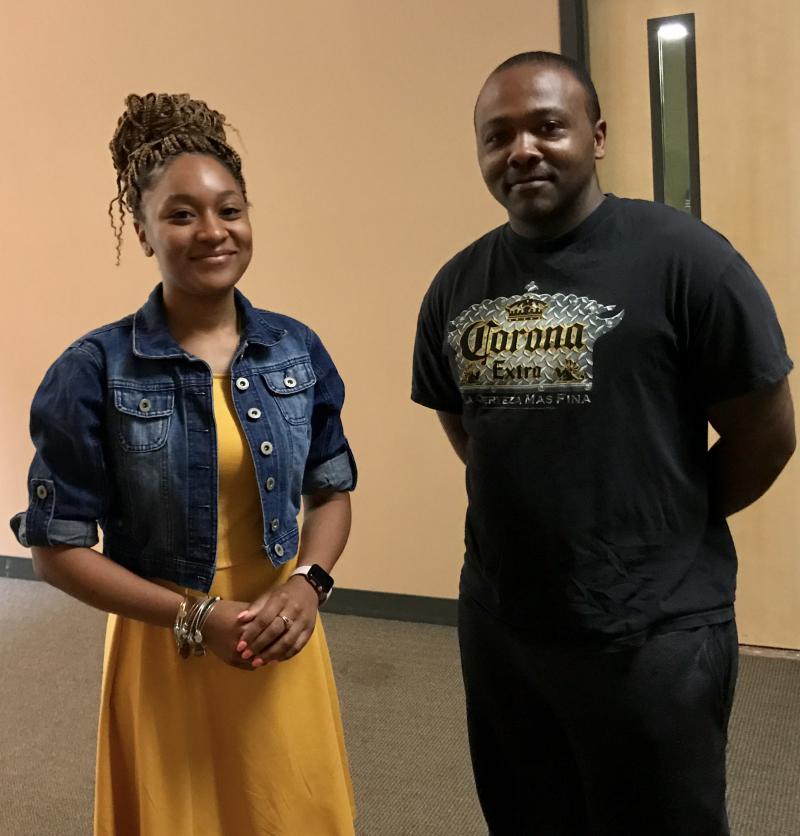 Claytor says there’s another perspective city needs. The team is working with the International Institute of Akron and Asia Inc., trying to recruit from the large number of Bhutanese/Nepali refugees who have settled in the city.

“When we are on calls, a lot of the times, it’s their children that are translating for us. And you see these young people and they’re coming up in schools. If we can start to cultivate them now, so they can be future law enforcement officers, I think that would be such a tremendous thing for the community and for them.”

In the more immediate future, Donald Clayton and Shayla Grace attended last week’s training session and are planning to apply by Friday’s midnight deadline. Both are African-American, and both are in law enforcement now – she’s a corrections officer in the Columbus area, he’s working in hospital security.

And both say the diversity of the Akron recruiting force meant something to them.

“I think it’s very encouraging just to know you have the same equal opportunity as well and can accomplish anything," she says.

Officer Kim Williams says what empowers her and the other recruiters is the Akron community.  “A lot of big cities have had events, where they’ve had large protests and things like that. And I can tell you that our officers make good decisions and we don’t see the backlash, we don’t see that community mistrust.”

She says what the recruiters are hoping is that the Class of 2017 will continue and strengthen that trust.

Ahead of the retrial, the Black Lawyers Association of Cincinnati is holding a series of forums to educate people about the criminal justice system.

At the Columbus Police academy, Sergeant Duane Nicholson, walks down the linoleum lined halls. He opens the door to the staff breakroom and shows me the class of 2016. There’s a wall lined with a photo of each of the 39 students. Six are women and five men of color. Nicholson says this a good sign.

City Council Will Work With Activists To Change Columbus Policing

After protesters took over a city council meeting last week, council members reached out to leaders from the local organization, People's Justice Project to establish a negotiation.