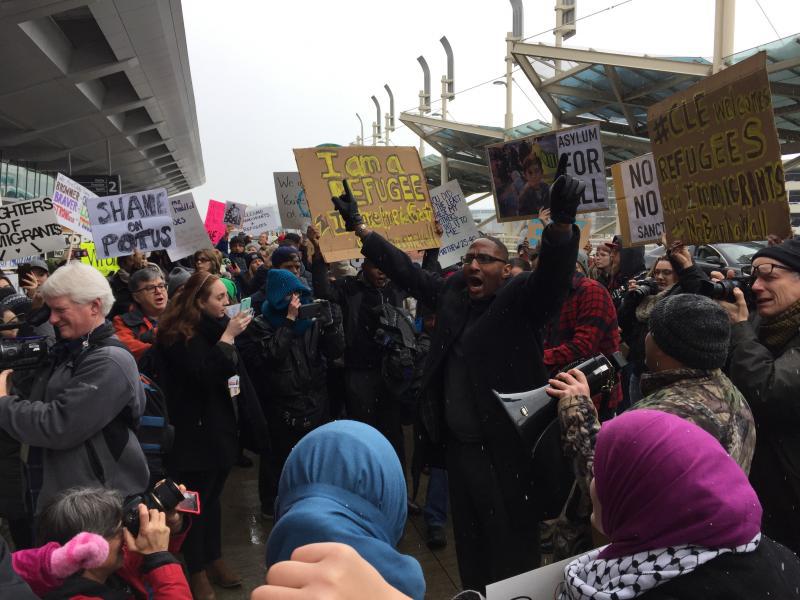 The ACLU of Ohio has joined a nationwide lawsuit to force the release of documents on the implementation of President Trump’s ban on immigration from Muslim-majority countries.

The suit comes after the ACLU filed Freedom of Information requests for the documents in February, just after President Trump's first travel ban was announced. There’s been no response, so now ACLU chapters across the country have filed suits to compel the release of the documents.

ACLU of Ohio Legal Director Freda Levenson says travelers to airports in Cleveland and Columbus may have experienced different issues with the ban compared to places like New York.

“We all got the same blanket lack of response, so we coordinated the filing of our lawsuits around the country to demand information.”

Levenson adds that it’s not unusual for such requests to be ignored by U.S. Customs and Border Patrol, and the court may impose sanctions for failing to provide the information in the first place.

Both the original immigration ban – and another issued last month -- have been blocked by federal courts. Levenson says the ACLU is looking for more than just information on people whose rights may have been violated.

Levenson adds that her group has gotten reports of about 100 people who were detained at Cleveland Hopkins and John Glenn Columbus airports.

Calls to the U.S. Customs and Border Patrol Office in Chicago were not returned.

The American Civil Liberties Union announced on Wednesday that its affiliates had filed 13 coordinated Freedom of Information Act lawsuits, demanding government documents related to implementation of the president's executive orders on travel and immigration.

ACLU Report on Crime Says Legislators Should Focus On Causes, Not Punishments

A group hoping to reform criminal-sentencing laws is accusing legislators of relying on bills that create new penalties and extend sentences. Statehouse correspondent Andy Chow reports on new findings from the ACLU.

After Police Spray Mace To Clear Protest, Disagreement Over Necessity Of Force

Columbus police are asking that demonstrators refrain from blocking on-coming traffic, after a protest Monday night downtown ended in the use of pepper spray—something local organizations say was unnecessary.