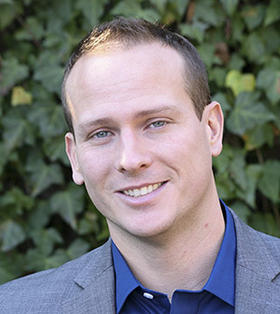 David comes to public media after a career in newspapers, where he received a dozen state, regional and national awards for his work, including New England’s Reporter of the Year in 2013.

A native of central Virginia, David’s special education reporting in Darien, Connecticut, has been cited as one of the most comprehensive explorations of disability rights among children in the Unites States.

Educators Fear And Embrace Calls For Concealed Carry In The Classroom

After last week's shooting in Parkland, Fla., calls to arm teachers and school personnel have intensified. Both President Trump and the National Rifle Association argued this week that enabling school officials to shoot back could save lives and could deter potential assailants from entering a school.

Trump has clarified that he believes only those "adept" at using firearms should be armed, not all teachers.

Reuben Pierre-Louis was moments away from leaving the University of Connecticut. As one of only 600 or so black male students at a college of 20,000, he found himself lost in a sea of white faces.